Home About FAQ Listeners Outside the US Toolkit Blog

SYNC is available through Sora, the student reading app from OverDrive.
Available on Apple Apps and Google Play stores.

*SYNC audiobooks are intended for personal use only and may not be copied and distributed under any circumstances.

*Titles in the SYNC program appeal to a wide range of interests, maturity, and ability levels. Please preview the materials to decide if the titles match your personal needs.

*Comments made on the site will be moderated. 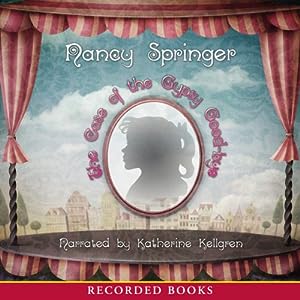 We hope you enjoyed The Case of the Cryptic Crinoline from the 2014 SYNC line-up. Recorded Books has 6 titles in this series (all narrated by Katherine Kellgren) available. We hope you give them all a listen.

The Enola Holmes Mysteries star the fourteen-year-old sister of an already-famous Sherlock Holmes, twenty years her senior. This series borrows characters and settings from Sherlock Holmes titles, but the Enola character is Springer's creation. The first book, The Case of the Missing Marquess, and the fifth, The Case of the Cryptic Crinoline, were nominated for the Edgar Awards for Best Juvenile Mystery in 2007 and 2010, respectively.

There are no related articles

Thank you for contacting us!

A member of our staff will be in touch soon.
Thanks for your interest!